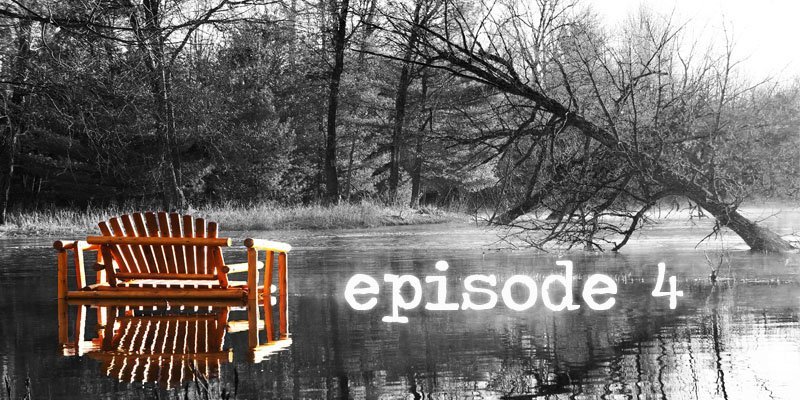 One day having landed on the shore of the Mississippi, some miles below Lake Pepin, whilst my attendants were preparing my dinner, I walked out to take a view of the adjacent country. I had not proceeded far before I came to a fine, level, open plain on which I perceived at a little distance a partial elevation that had the appearance of an entrenchment.

On a nearer inspection I had greater reason to suppose that it had really been intended for this many centuries ago. Notwithstanding it was now covered with grass, I could plainly discern that it had once been a breastwork of about four feet in height, extending the best part of a mile, and sufficiently capacious to cover five thousand men. Its form was somewhat circular, and its flanks reached to the River. Though much defaced by time, every angle was distinguishable and appeared as regular, and fashioned with as much military skill, as if planned by Vauban himself…

How a work of this kind could exist in a country that has hitherto (according to the general received opinion) been the feat of war to untutored Indians alone, whose whole stock of military knowledge has only, till within two centuries, amounted to drawing the bow, and whose only breastwork even at present is the thicket, I know not. I have given as exact an account as possible of this singular appearance, and leave to future explorers of these distant regions to discover whether it is a production of nature or art.

“It all began so long ago in the Second Kingdom.”

“Yes, there are ten kingdoms. Some that you and I can exist in, and some that we cannot—in those places it isn’t a matter of habitation, it’s more in understanding and being, but the Second is much like the Tenth, and oblique paths do exist.”

“How did you find those paths?”

“I was still a young man at that time. I had a wife, child, and small farm back in my homeland.”

“Why did you leave them?”

“Fame, honor…I don’t know. A man keeps his home to his back long enough and he falls in love with all the adventure that an open sea can bring…he can drown in it.”

“Is that that what happened to you? Did you drown in it?”

“We had been there for only a month, and we had already killed scores of them and had lost many of our own. We were scarcely balancing on the cruel tooth of a monster, and we had no idea how far its hateful tail stretched and type of Hel it ruled over. At all moments of every day, we were surrounded by the Skraeling, which by that time had sent word deep inland and had dispatched their most lethal warriors. In the evening, all one could do was stare into that black terror mask, with the cold sea at your back, and try not to imagine the thousands of warriors watching you with malevolent intention. It was like waiting with the tip of an enemy’s spear on your breast but no thrust. Just the uncaring examination of a man at the moment before he dies.”

“The monster swallowed us. They came in the night from all points, even by the sea which we thought we were keepers of; silent death from the shadows; oblivious sentries had their throats split, their only utterance was the hot air steaming into the night. Then came the drubbing.”

“A thousand warriors with a thousand clubs made from carved wood and stone descended upon our house and began to beat upon its thick timber walls the chaotic strangle of death; each blow transmitting fear at the expense of sanity. As the savage screams and laughs of a thousand warriors shook our shelter, the two women in our company, both carrying children inside, began their own drubbing upon their charged bellies with bare fists until they were black and misshapen, eventually they grabbed blades from the men and butchered their own throats.”

“We men stood by the hatch ready to receive what had been sent for us, but the drubbing grew to such a power that the giant beams with which we had made our house began to fall in on us. The force was so great that it picked the structure up entirely and smashed it against the rocky shore like the strongest of seas. Broken timbers and men were all that remained, and the ones that still possessed reply had their skulls bashed with clubs, sending the contents spraying on the rocks below.”

“When the time came for me to join my friends and those that had fallen before us in Valhalla, I looked into the quiet darkness and smiled the bloody shale-toothed grin of a warrior, but the blow never came. My deliverer’s hand had been stayed by another in the group. There was some discursive squabbling amongst them until a few men stooped and pulled my shattered body from the remains. I was laid upon some sort of large skin on the ground, wrapped in it, and secured with a long cord tied around my body tight. It was days before I regained consciousness.”

“Why go through all of the trouble? Why not just kill you like the rest?”

“I don’t know the reason why. The best I can do is recount the end result. I was tied to a rigid sled that was being dragged by the warriors. When I finally woke days later, the intense jolts that I felt in my broken ribs, legs, and arms while moving like this were enough to send my brain back under the comforting veil of sleep. This could only last for so long before the time came for me to take on sustenance or die. At that time, I made the decision to die, but my captors had other aims.”

“How did they make you eat?”

“A length of bark was driven down my throat and a hot, reeking paste of chewed roots and berries was spat into my mouth until I agreed to take the food on my own.”

“How long was that?”

“Not very. I decided that I would rather brave whatever came next then endure that abomination.”

“We travelled continuously for three moons. When we passed into the territory of a new tribe, a contingent of fresh warriors was waiting to relieve the previous group and carry on the nameless mission. When the elk and the buffalo rested, we ran, and when the mighty wolf howled for her distant mate, we ran too. We eventually reached what I thought at the time was the sea, but after riding in canoes along her shore and given cold water straight from her, I came to understand that it was a lake. The lake turned to rivers, and when we eventually reached a wide waterfall that let forth an immense burst of white mist upon an island filled with the towering nests of a thousand eagles, the current men in the party began to beat their chests with the passionate intensity of battle and shouted to some godhead as they cast belongings into the swirling waters below.”

“At that time I was still strapped to a pallet like an impotent pig; my arms and legs were bound to the boards beneath; my head was the only thing that could move. So as the men in the group exalted their god, clamored and made vows of blood and soul, I too appealed to a higher power.”

“To a child suckling on a mother’s breast, to the thousand eagles upon the island below patiently waiting for fish to be dashed against the rocks like they had been for millennia, to the light mist tenderly settling on my face, to the fierce warriors before me screaming reverently at the sky, and to their women singing childlike songs and weaving reeds with the care of a spring afternoon; I bawled to all of these, and once the men in my company perceived my call joined with their own, they fell silent, all watching me with the all-knowing vision of a god. I continued to yell in a tongue that even I couldn’t understand, and through all of this, several warriors picked me up on my slate and hoisted me above their heads. I thought they were going to cast me into the spirited river below—a gift along with their other sacrifices—but instead, they placed me at the tip of a rough stone precipice above the water and started up with a new cry, in a different register; they clawed at the soft mist laden earth beneath their feet and rubbed the ancient mud and clay on their brown faces while singing their cryptic song. Some took what remained of the paint and smeared it on my face, past my lips and upon my tongue. While I sang, I choked and vomited to all things blessed, and my deliverer appeared before me.”

“Yes, it emerged at the foot of my rigid prison with a monstrous face made of dead grass and clay, and with a stone blade in hand. Strange symbols of men and animals were embedded into its forehead and cheeks. Its mouth was a tormented black gash. The creature slowly descended upon my mud scrawled face, and I frothed and spat and sang and writhed against my bonds to exhaustion. When it reached me, it whispered something foreign in my ear and ran the blade down the length of my chest, releasing the bonds which held me. I waited for the crack and crush of the blade through my sternum, but all that came was a second cut along the length of my legs, releasing the rest of my bonds.”

“It released you? After all of that time being held captive? What was this creature?”

“Those are all questions that I carried at the time. I’ll do my best to answer them now. Remember that the bones in my body had been shattered three moons prior. Never, between the time of the attack and my release had I attempted to walk; all bodily waste had been dispelled through a crude hole in the slate underneath me. When I felt the cords release their grasp, I was truly reminded of my bodily existence. I could sense the hot blood moving down my legs and through my feet, and could taste it on my tongue; a mantle of pain and ecstasy embraced me; my skin pricked in a smeared tingle. I looked up at the creature which had restored this feeling to me, and it pulled the nightmare from her face and cast it into the boiling water below.”

“No. Something much more, in the shape of a woman. As I looked up at her, the wind swept her long, silken brown hair over her head, where it lingered, revealing a face of such fine contours and eyes so bright I could scarcely look upon them. Her unprotected body matched the perfection that was found in her face, and she knelt down beside my wretched, wasted form and commanded me to stand.”

“You could understand her? Did she speak in your native tongue?”

“It was in the tongue which all languages are derived—the reason why a child will call to their mother in the same way no matter what clime or dimension. She spoke the language of death and love, and now, I could speak that language too. So when this naked goddess reached her starlight hand down and touched mine, I stood. I’m sure that it was quite the sight: my pallid and crooked body with beard unkempt and wild blond hair atop my head like a nest, hand in hand with the glowing bronze body of the most exquisite stature, both naked to the world in our bleakness and glory.”

“Who was this woman?”